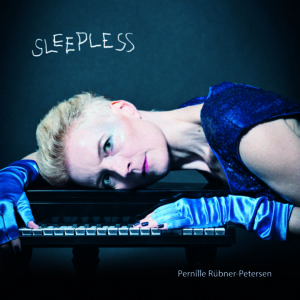 In her new, long compositions, Pernille Rübner-Petersen explores the dramatic potential of song-works with duration of 10-12 minutes each.

A hybrid of rhythmic songwriting and classical music drama

With this new format song-work, Rübner-Petersen opens up for a hybrid genre of rhythmic songwriter style and symphonic feeling of classical music. However, with a minimalistic orchestration: voice, piano and cello.

Due to a larger musical and dramatic extent in length, storytelling and dynamic shifts, the songs have more in common with larger musical works than songs with the usual verse/chorus structure. The lyrics create a universe of twisted metaphors and mythologies.

On the EP, I Saw You (2019), Johann Gustav Skov-Hansen plays the piano. He is also a composer, who released his second jazz album, Wood Factory Seizing Intuition in 2018. Live Johansson plays the cello. She is part of LiveStrings – a string quartet known from their collaboration with MØ and Tina Dickow among others.

The two songs on this EP is now followed by two new songs on the EP, Sleepless, 17th of June 2020.

In a musical tour de force, Pernille Rübner-Petersen has been far into different genres as well as across them.

Her compositions and songs are both expressive and lyrical. Some even exude of a cinematic atmosphere. The music is accompanied by lyrics in English, heartfelt and rich in imaginary, sung with a personal and wide-ranging voice. It is disturbing, fragile, quirky, and soothing at the same time.

The Mermaid Trilogy – Metaphors and Metamorphoses (2009-20015) is an extensive and expressive musical work created by Pernille Rübner-Petersen based on H.C. Andersen’s legendary fairy tale, The Little Mermaid.

In the fairy tale, the Little Mermaid sacrifices her fishtail and her voice to become human. She can’t speak and it hurts when she moves. She can hardly walk but even so, she dances like a dream, lightly and elegantly. The Mermaid’s transformation entails the disciplinary “growth” in body and spirit that is offered to – or imposed on – woman to be acknowledged and accepted as women.

In the trilogy, the Mermaid is given (back) a voice to speak about both female experiences and a universal condition of being a human being: Conquering outer and inner obstacles to become the person you are and get the one you love.

The first album, The Book of the Mermaid (2009), is an indie mix of folk, rock and pop. Here the Mermaid explores the desperate longing, she is bound to not exploring her desire.

The next album in the Mermaid trilogy was When I Was A Soldier (2014). In a more punkish style, the Mermaid sings about her experiences in human life, if she had left the Prince and the unfulfilled love to him behind.

At the first album, The Book of the Mermaid (2009), an indie mix of folk, rock and pop, the press wrote:

.. there is (..)”an unmistakable storyteller in Pernille Rübner-Petersen. A narrator who can not only write but also compose and sing to make you shiver with delight – just as Laurie Anderson and Sinead O’Connor can! (..) – both in terms of Pernille Rübner-Petersen’s distinctive artistic quality and the international associations, her material and vocals launch. (..) The Book of the Mermaid is nothing less of an impressive and deeply disturbing debut. ”(Ivan Rod, Gaffa, 2009)

.. ” with this album, Pernille Rübner-Petersen enters the music scene with an authority that one must look abroad to find elsewhere. (..) There is strong femininity. It is about desire, eroticism and emotions that are more than just fantasies. It is angry and eloquent, put into perspective and caring. It is fascinating and repulsive, it is gripping and compelling, and it is beauty and wildness. (..) The unique combination of extreme strength and extreme fragility is very rarely heard, and it makes this album an unusual experience. (..) The Book of the Mermaid is an impressive work that shows the crucial difference when an artist really wants to do something with her music. When there is meaning and meaning behind each tone. ” (Morten Wamsler, Diskant.dk, 2009)

“The trilogy is extraordinarily communicative, it has a strict narrative, constitutes a coherent, dramatic work, and at the same time, purely musical very broad – ranging from people / rock / pop to more expressive, experimental and minimalist music. (..) .. a significant closure for a magnificent and very unusual musical story in a Danish context”(Gaffa, 2015).

Then followed Becoming Human (2015), with only voice, piano and collages of every day sounds. This album is a minimalistic and expressive journey, exploring the Mermaid’s specific transformation to become human and a woman. 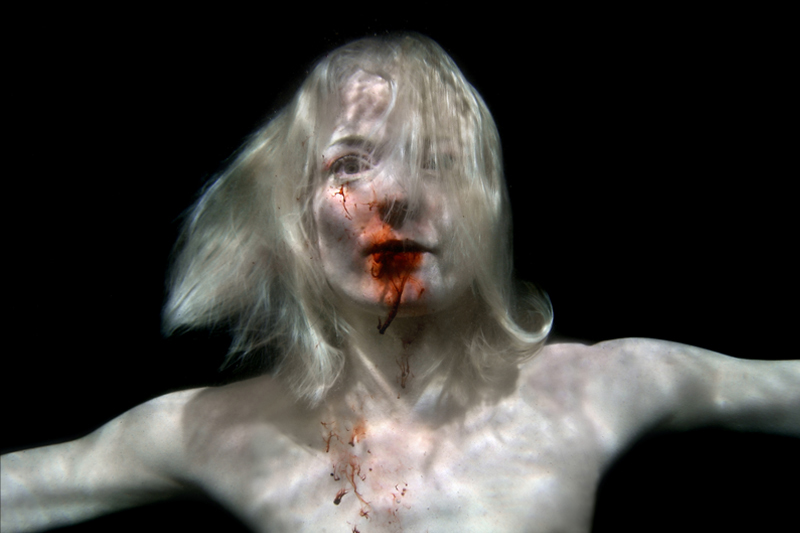 From mermaid to human to the good fairy

Now, Pernille Rübner-Petersen picks up the thread from the Mermaid trilogy exploring what happens to the Mermaid after she loses her Prince to another woman, a Princess? The Sea Witch offers her the opportunity to return to the sea in her original mermaid shape if she kills the Prince. Otherwise, ,she must die. But the Mermaid refuses.

Miraculously she avoids death. She rises to heaven and becomes an air spirit. Floating in the sky she monitors children’s good and evil deeds while she waits for a place in paradise. That is becoming an immortal soul – her final transformation.

Regardless of this Christian dimension in H.C. Andersen’s fairy tale, Rübner-Petersens interprets the Mermaid becoming a fairy as a reward to the Mermaid for her good behavior and correct ethical decision.

Watching over people among the clouds, the Mermaid has reconciled herself – for better and worse – with her desire. Giving up the desire in order to survive is problematic in a feminist perspective. In a general human perspective, this is to some extent necessary. The desire can never be fully fulfilled. It must be adjusted according to the limitations that one’s life choices provide and for the considerations of others.

I Saw You  and Sleepless – The Mermaid in adulthood

On the EP, I Saw You, we meet the Mermaid as a grown-up woman perceiving the world from above with a helicopter view. Like in the fairy tales, she is the good fairy watching over people’s follies – all-knowing and all-embracing. As this fairy, Pernille Rübner-Petersen personifies again the Mermaid and her voice.

The first song, I Saw You is about suffering agony in private life. The second song, Don’t Let the Cats Get in Your Hair, explores the common fate of mankind facing climate changes.

Music with a feminist perspective

In her work as a singer, songwriter and performer, Pernille Rübner-Petersen gives voice to the female subject as an actively desiring being.

Gender equality and sexual liberation have led to many achievements over the past 100 years. In social criticism and activism today, we are experiencing a renaissance for feminism in a new context of new and broken identities and categories of sex. Still we see though, with the phenomenon #Metoo, and in mainstream culture, pop music, film and entertainment, and in the urgent body fixation, how women often are presented as gender objects rather than subjects with their own agenda, willpower and desire.

In Pernille Rübner-Petersen’s artistic work, the woman manifests herself as a subject.

This is a continuation of the feminist project to perceive women as full-fledged subjects (like men). Both in our culture and in our awareness of who we are as human beings regardless of how far living conditions and experiences unfold differently among different sexes.